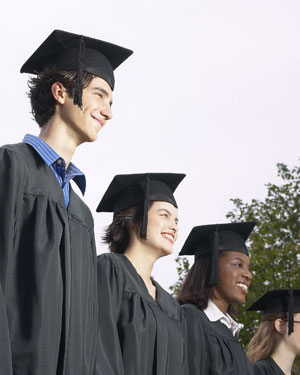 When Gordon Faber retired after governing as Hillsboro's mayor from 1992 to 2001, local citizens wanted to honor his commitment to the City in a very special way. As a result, the

One scholarship is awarded each year to a student pursuing a career in the healthcare profession. Each of the five local high schools may select one “Gordon Faber Scholar” to

compete district-wide for the scholarship award. A selection committee including representatives from the Faber family, the City of Hillsboro, the Hillsboro School District, the Hillsboro Community Foundation, and a member of the community at large, conduct interviews with the scholars and select a winner.

Underestimating the volume of contributions that would be collected, it was thought the program would continue for a few years until monies were depleted. Donations, however, totaled approximately $40,000 and were turned over to the Hillsboro Community Foundation for investment and management as a self-perpetuating scholarship fund.  HCF administers this scholarship selection process.